Rot and Ruin: A Zombie Fad Not Quite Dead 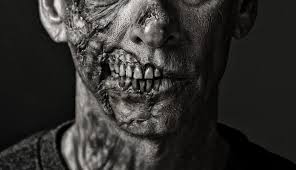 “There are moments that define a person’s whole life. Moments in which everything they are and everything they may possibly become balance on a single decision. Life and death, hope and despair, victory and failure teeter precariously on the decision made at that moment. These are moments ungoverned by happenstance, untroubled by luck. These are the moments in which a person earns the right to live, or not.”

By now I am sure you have heard of zombies. Animated corpses shuffling around and eating humans? The apocalypse everyone has supposedly been preparing for? The hot subject of various forms of media for the last few years? Ah yes, those zombies. I am sure many of you thoroughly enjoy zombie stories while the rest of you are quite tired of them. They are a bit repetitive aren’t they? Suddenly the world is in shambles, the dead are rising and the main character somehow manages to evade certain death, finding themselves in a group of other characters trying to avoid death. No matter what movie, TV show or book you are thinking of, I’m sure it probably follows a bit of the same pacing. For those of you tired of the same story, don’t give up on the zombie fad just yet! Rot and Ruin by Jonathan Maberry is an exciting new take on the horror that is the zombie apocalypse.

In the zombie-infested world of post-apocalyptic America, Benny Imura lives with his half-brother Tom Imura. To put it simply, Benny and Tom do not have the best relationship. On First Night, the night when the zombie attacks began, Benny was 18 months old. All he remembers is his mother handing him to Tom and her telling him to run. From Benny’s point of view, Tom abandoned their mother and left her for dead. Now Benny is 15 years old and is searching for a job. If he doesn’t find one soon and start contributing to society, his rations will be cut in half. Benny does not really care what he has for a job as long as it requires the least amount of effort, and he does not have to work with his annoying, boring and seemingly adored older brother Tom. He tries out many jobs with his best friend Chong including lock technician, fence tester and zombie artist, but he inevitably fails at all of them. With options running out, Benny agrees to apprentice with his brother at what Tom calls a “closure specialist” and what most everyone else calls a bounty hunter.

Benny and his friends have always found the bounty hunters to be cool. I mean, they have their own trading cards! And what could be more cool than fighting zombies? But even though Tom has his own trading card in all of his katana-wielding glory, Benny does not understand why everyone loves him. Benny sees Tom as a coward; he left their parents behind to die. Tom definitely can’t be anywhere as cool and awesome as Charlie Pink-eye or the Motor City Hammer, the ones who tell their amazing stories of all the zombies they have killed. As Tom begins to train Benny out in the great Rot and Ruin, the zombie-infested land surrounding their community, he realizes his younger brother has no idea what he does for a living. Benny thinks he is like all the other bounty hunters. As Benny begins to discover what makes his brother different from everyone else, a feud breaks out between Tom and the other bounty hunters. The opposing groups argue over Gameland, a hidden camp in the Rot and Ruin where cruel bounty hunter have brought kidnapped children to fight in zombie pits, and because of a trading card, Benny learns of the Lost Girl, a wild girl who holds a secret and is hunted by many bounty hunters. When Benny’s crush Nix Riley is kidnapped and her mother murdered, Tom and Benny set off into the Rot and Ruin to find Nix and the bounty hunters who kidnapped her, Gameland and the Lost Girl.

Whether or not zombie books are your typical cup of tea, I highly suggest picking up a copy of Rot and Ruin. With a fantastic new twist on zombies, Jonathan Maberry creates a beautiful coming-of-age story as Benny discovers who he is and learns to fix the relationship he has with Tom. This book is sure to leave you on the edge of your seat with each twist and turn, and I’m I suggest grabbing a few tissues for the four book series ahead of you.