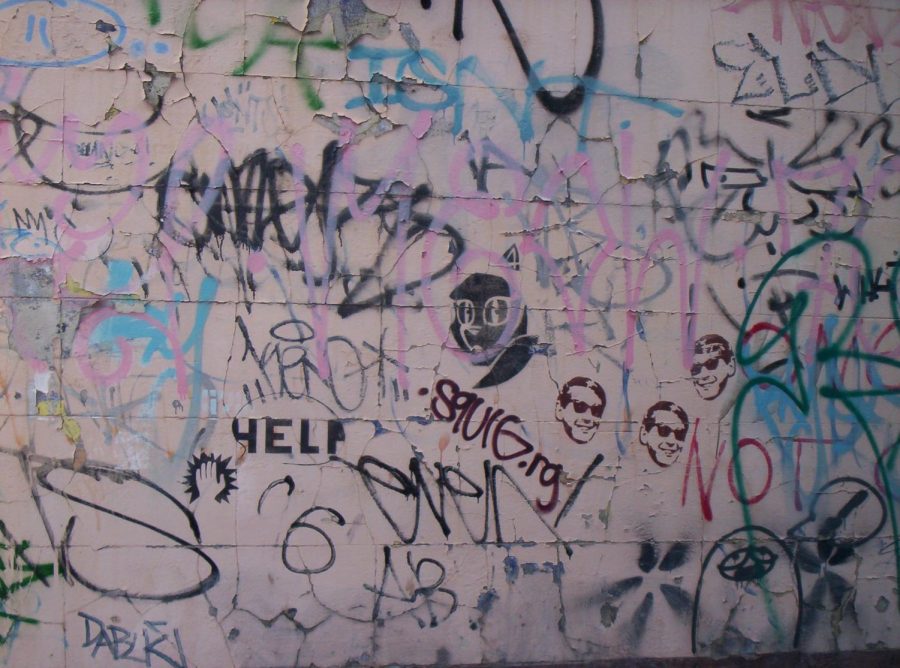 From the writing on the desks to the paint on the walls, it can be seen just about everywhere you look. Graffiti. Northeast High School has had its fair share of it. It’s not a new problem. In fact, there were cases of graffiti not long after the founding of the school. It seems that there was always an interest in ruining a perfectly good desk or to vandalize a spotless wall.

One might ask why someone would feel the need to do such a thing. When asked this very question, the school’s principal, Kurt Glathar, stated that he believes most instances come from kids who want bragging rights or from kids who are simply angry, not necessarily at the school or it’s staff, but just angry in general. Mr. Glathar then went on to say, “I wish they would find a positive outlet.” He wants these students to refocus their energy into something more positive and productive. He then said he believes that in some cases it’s a waste of skills and talents. That being said, he also stressed that these cases of graffiti are rarely ever works of art. Most of the time they are just inappropriate, vulgar messages.

Graffiti takes many different forms. It’s more than just spray paint on the walls, although that does happen. It can also take the form of writing on the desks and in the bathroom stalls. These cases also usually tend to be simple, vulgar messages. In fact, many of these cases have much more inappropriate and even hateful messages. This is likely because students either feel that they won’t be caught or they feel like it’s less serious than tagging a wall. When asked about writing on the desks specifically, Ms. Hilzer, who teaches German at Northeast, had this to say, “You always see it on the same desks. You can get a pretty good idea of who’s actually doing it.” It also seems perpetrators of more serious cases are no safer than those who write on the desks. Mr. Glathar claims that most cases don’t go unpunished. He says that they usually find out who the vandals are sooner or later. Glathar mentioned that the school’s cameras are a key instrument when it comes to identifying suspects.

Someone might wonder what happens to someone after they’ve been caught in the act. Principle Glathar says that there are “long term consequences” for anyone caught in these acts of vandalism. Students could be suspended or even expelled in some cases. More often than not, they will be fined, and they might even have to pay for the cleanup process. Mr. Glathar mentioned a specific instance, in which a group of students committed an act of graffiti as a senior prank. He said that these students did not get to graduate with the rest of their class.

When someone decides to vandalize school property, he/she doesn’t always think of who it will affect. The thought of whoever has to clean up their mess might never cross their mind. Or perhaps it did, and they simply didn’t care. When interviewed, Mike Vaughn, the building superintendent, stated that the cleanup process can sometimes be long and difficult. Many times it’s inconvenient for the school’s custodial staff, who are already very busy. Sometimes the school isn’t well equipped enough to deal with graffiti. Mr. Glathar stated that for situations like this, the district has a special “graffiti team” that can come and deal with graffiti on the building. When called, they can be at the site and ready to go in less than two hours.

So it seems that the school is sufficiently prepared to deal with graffiti, but that doesn’t mean that it’s not still a problem. There will always be the occasional perpetrator that goes unpunished, the random desk that goes uncleaned, and the odd bathroom wall that goes unwashed. Although the problem will never seem to disappear entirely, Northeast will continue to do the same thing that it has always done. Clean it up and move on.