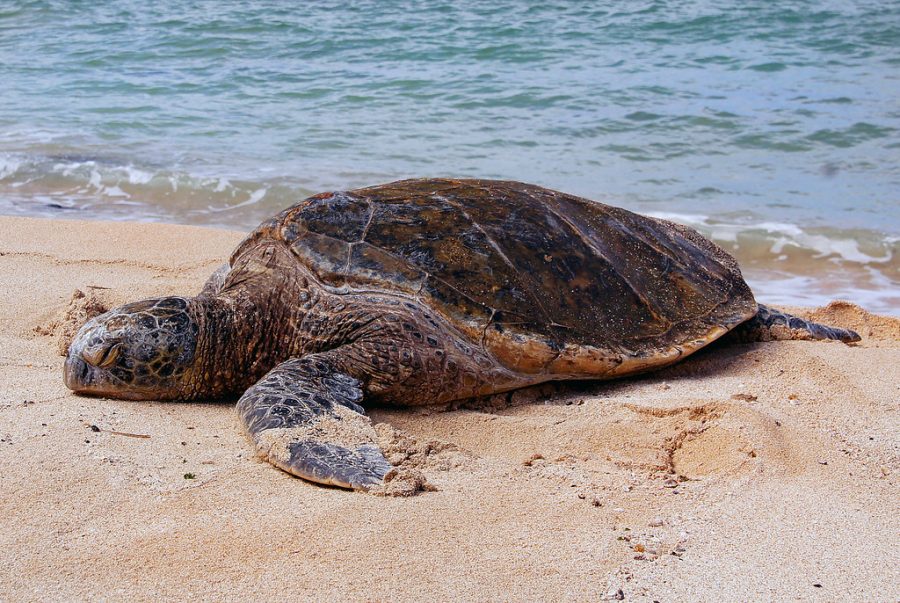 Today, turtles around the world are facing extinction. “Save the Turtles” is a new trendy phrase you can hear from VSCO girls nationwide. Does using a Hydroflask, wearing a scrunchie, and using a metal straw actually help?

Yes, it does. According to International Coastal Cleanup, straws are on the top ten lists for debris collected every year. It is estimated that Americans use at least 500 million straws per day and can wrap around the earth 2.5 times.

Plastic is not biodegradable which means it will break down into smaller pieces overtime. Because it can be microscopic, marine animals will end up eating it, which is not healthy. Recycling can help the environment because it puts less plastic into circulation and helps humans put less fossil fuels into the environment.

Turtles are very important to the marine ecosystem. They help keep seagrasses and seaweed short for other marine life to live as well as serve as a breeding ground for fish. They also help nourish beaches with the unhatched turtle eggs. Without them, vegetation would decrease causing beach erosion. Although extinction is a natural part of evolution, and has been happening for over a million years, it is usually brought by geological or climate change. But today, sea turtles today are facing extinction due to human actions of habitat destruction as well as pollution.

Even though we live in Nebraska, recycling and being smart about what you buy can help save the turtles. Recycling can help reduce waste being put into the oceans.

Although you may not be a VSCO girl, you can make smart choices to help the environment. You can be more aware of where your products come from and recycling is a good way to help. You don’t always have to be trendy to save the turtles.

The Northeastern • Copyright 2021 • FLEX WordPress Theme by SNO • Log in